What Countries Will Fight Over When Green Energy Dominates

It’s a question of when, not if, the global economy will shift away from fossil fuels. Researchers are gaming out what that means for international politics.

The Rand Corporation’s been designing war games with the Pentagon since the 1950s, modelling such hard-nosed security scenarios as a two-front U.S. war with China and Russia. Now the think tank is turning its realpolitik tool kit to a question more often associated with environmental dreamers: How will clean energy change the world?

Rand is among the small but growing number of research organizations, universities and at least one European government that have started gaming out the gritty geopolitical implications of a globe dominated by green energy. It’s the latest sign that the once quaint idea of renewable energy displacing fossil fuels has gone mainstream.

Last year was a turning point. China, the world’s biggest polluter, finally joined the cascade of nations and companies setting target dates for carbon neutrality. The European Union for the first time generated more electricity from carbon-free sources than polluting ones. Joe Biden won the U.S. presidency, bringing an ambitious climate agenda to the White House.

Some experts even predict that the end of an era defined by uneven access to fossil fuel deposits will produce a security dividend, similar to the one that followed the end of the Cold War. After all, a latter-day Saddam Hussein would have little reason to invade Kuwait to seize its solar parks, as he did in 1990 for its oil wells, because there would no longer be anything special about Kuwait’s patch of desert. It would be cheaper to buy panels to put on his own.

“Anyone can now become an energy player, that is the nature of renewable energy,’’ says former Iceland President Olafur Ragnar Grimsson, who chaired an international commission on the geopolitics of the energy transition. Grimsson has already seen the green future. Iceland’s energy mix is 85% renewable, and all its electricity is generated from clean sources. The last time his island nation saw conflict with another country over resources, it was about fish.

“You need a new geopolitical model, you cannot simply put renewables into the old coal and oil model,” Grimsson says.

Until renewable dominance is reached, though, oil could have a long and destructive tail. For about three centuries, access to fossil fuels has shaped the rise and fall of great powers. Plentiful, well-located coal mines helped fire Britain’s industrial revolution and the expansion of its empire. Oil and gas fueled the former Soviet Union’s military power and shaped “the American century,” including U.S. alliances and fleet deployments.

“We’re not even close to a world dominated by renewables,’’ says Andreas Goldthau, who heads research at Germany’s Institute for Advanced Sustainability Studies on the systemic impacts of the shift to clean energy.

Changing such a fundamental driver of the global pecking order could have multiple consequences. Vladimir Putin might struggle to sustain Russia’s rise as an “energy superpower.” An implosion of the U.S. shale industry, combined with China’s dominance in renewables manufacturing, could define the 21st century’s great superpower contest. The rationale for American alliances and military bases in the Middle East would weaken. A sudden loss of oil revenues could trigger Arab Spring-style revolts against the most brittle petrostate autocracies.

The one thing we know about transitions, Goldthau says, is that “they are never, never linear.’’ Think of the post-Cold War Yugoslav conflicts, or the shift away from planned economies that the former communist bloc began in the late 1980s. Many ex-republics, from Ukraine to Turkmenistan, remain in turmoil or stalled well short of market democracy 30 years later.

Nor do transitions necessarily end with a neatly tied bow. The Canadian scientist Vaclav Smil has mapped out coal’s fall from 95% of primary energy use in 1900, to just 26% a century later. Yet in absolute terms, global consumption rose from an estimated 800 million tons a year in 1900 to about 5.5 billion tons today. Though the same might not happen to oil, the fuel is likely to burn much longer than most climate scientists would prefer.

It’s hard to see a smooth, rapid energy transition taking place in the current competitive and nationalistic environment, says Eirik Waerness, chief economist of Norway’s state-owned energy giant Equinor ASA. He took part in Grimsson’s commission, and generally agrees with its optimistic conclusions. “For the energy transition to happen fully, we probably need a relatively benign geopolitical climate,” Waerness says. “There is to some extent a virtuous circle we have to create here.”

While the sources of clean energy are available to everyone, the battle will be over who profits from the products used to harness them. Solar panels, wind turbines and batteries will be in such demand that countries are already jostling to make sure they get their share of the pie. Many will get left behind.

About 60% of solar panels are manufactured by Chinese companies, a level of market influence the Organization of Petroleum Exporting Countries can only dream of when it comes to oil. That creates a big trade advantage, but not one President Xi Jinping can easily leverage for geopolitical ends.

“What are you worried about? You buy it, you run it and once you have what you have they can’t take it away from you,” says Karen Smith Stegen, a professor of political science at Jacobs University in Bremen, Germany, who has examined the potential of 165 countries to emerge from the transition as political winners and losers.

Global inequalities and rivalries will instead likely center on access to technology and finance, standard setting and control of key raw materials. China controls more than 90% of some of the rare earth metals needed for electric vehicles and offshore wind turbines. It already used that monopoly power once, cutting off Japan’s supply after a 2010 clash near islands both nations claim to own. Japan has since reduced the share of its rare earth imports that come from China by more than a third to reduce its exposure.

In November, Johnson’s U.K. will host the COP26 climate summit in Glasgow, Scotland, where countries will negotiate the rules for the road ahead. Leaders want to make sure everyone else is doing their fair share to cut emissions, and that their countries don’t lose out.

That fear could lead to what German economist Hans-Werner Sinn has called the “green paradox.” He argues the transition could prompt oil producers—especially those with high extraction costs or shallow reserves—to start pumping as fast as they can while demand lasts. The increased supply would boost carbon emissions and also lower the price of crude, making it more competitive with renewables and slowing the move to cleaner energy.

Cheap oil could also decimate the budgets of fragile regimes before they have time to find other sources of revenue. A February study by U.K. think tank Carbon Tracker found that 40 fossil-fuel dependent governments would suffer an average 51% drop in oil and gas revenues if global climate targets are met. That could destabilize governments and leave the likes of Nigeria or Iraq unable to afford security to deal with threats from terrorist organizations such as Boko Haram and Islamic State.

A report last month by the European Council on Foreign Relations concluded that rich countries will have to help plug the financial holes. The EU’s Green Deal, in particular, it said could have as great an effect on regional geopolitics as on the Earth’s climate. The bloc produces less than 10% of global CO₂ emissions, but neighbors such as Algeria, Azerbaijan, Russia and Turkey depend on its market to buy a large share of their exports. Many of these are carbon intensive and vulnerable to the EU’s planned carbon border tax.

And there’s no guarantee that making nations more energy self-sufficient will reduce conflict. Oil is the most actively traded commodity on the planet, and any steep decline in demand would reduce those interactions. “What we know is trade is a good thing,” says Goldthau at the Institute for Advanced Sustainability Studies. “When states are interdependent they have a lower appetite for conflict.”

Back at Rand, senior policy researcher Benjamin Preston has divided the world into three categories. The first consists of countries such as Iceland, which already made the transition and have little more at stake. The second are the export-dependent petrostates that have most to lose.

The third and least-studied cohort is the array of countries in between that are both producers and consumers of fossil fuels. The temptation for these hybrid cases will be to decarbonize their own economies, while maximizing revenue from exports of oil, gas and coal, Preston says. That’s a wild card with potential to impact both international politics and the duration of the transition.

Take China, which has installed more solar capacity than the rest of the world combined, but is also exporting even more coal-fired generation capacity. In one case, it literally dismantled an aging plant in Hunan province to reconstruct in Cambodia. Australia, another solar success story, recently opened a new coal mine to supply India, and greenlit the development of another $1 billion facility aimed at the Asian market.

The U.S., meanwhile, is hardly shutting down the fracking industry that for more than a decade has boosted its economy. Meghan O’Sullivan, director of Harvard’s geopolitics of energy initiative, has argued that shale also gives the U.S. significant foreign policy freedom. The added supply reduced potential for blowback from oil-price effects when America levied sanctions against Iran, blocking its oil from the global market.

As renewables expand, jobs and revenues in the U.S. and other hybrid nations will become increasingly dependent on decisions that other countries make about whether to go on importing their fossil fuels, according to Rand’s Preston. That’s unlikely to fast-track a more peaceful renewable future. The trick, he says, will be to “enable safe landings for all the countries that have this kind of dependency on existing fossil fuels, but without shutting down the transition altogether.”

DNA databases are too white, so genetics doesn’t help everyone. How do we fix that?

Billionaires and Arya Stark Are Buying Bitcoin. Should You?

Texas Abortion Ban Is Both Devious and Doomed 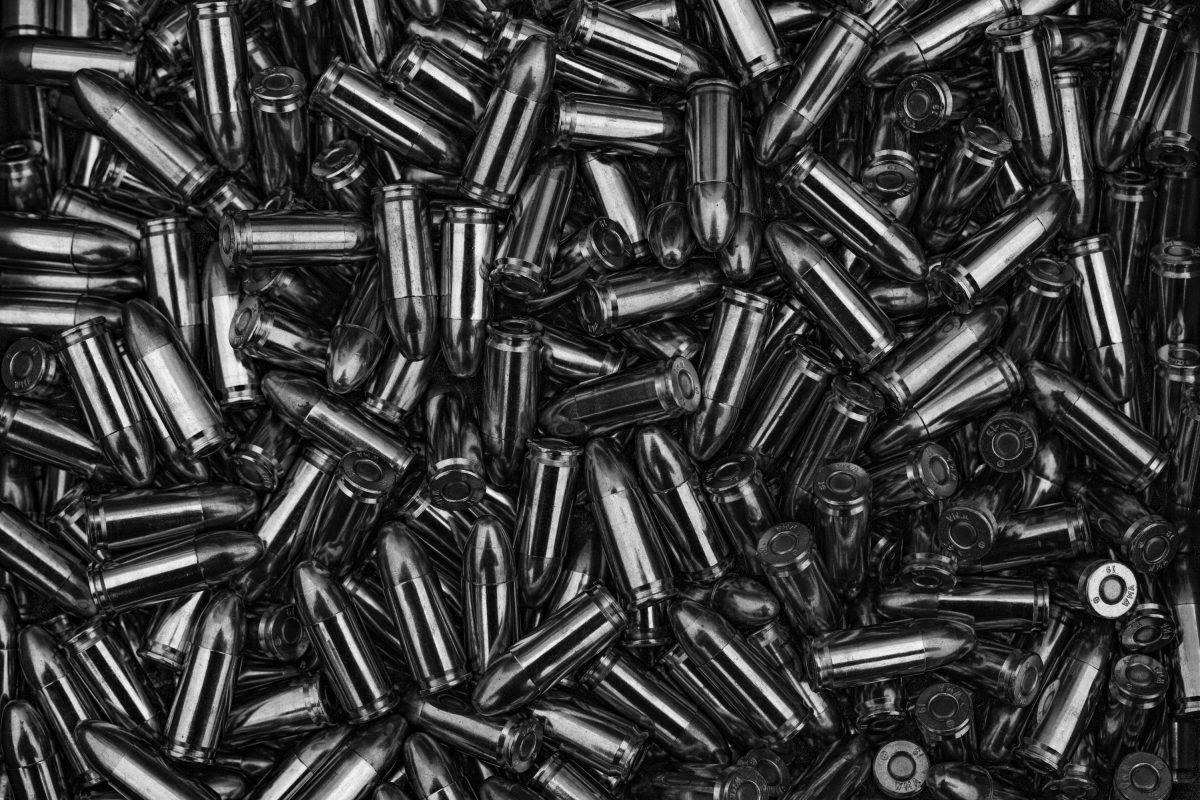